“Do not be afraid” (with Afrikaans audio) 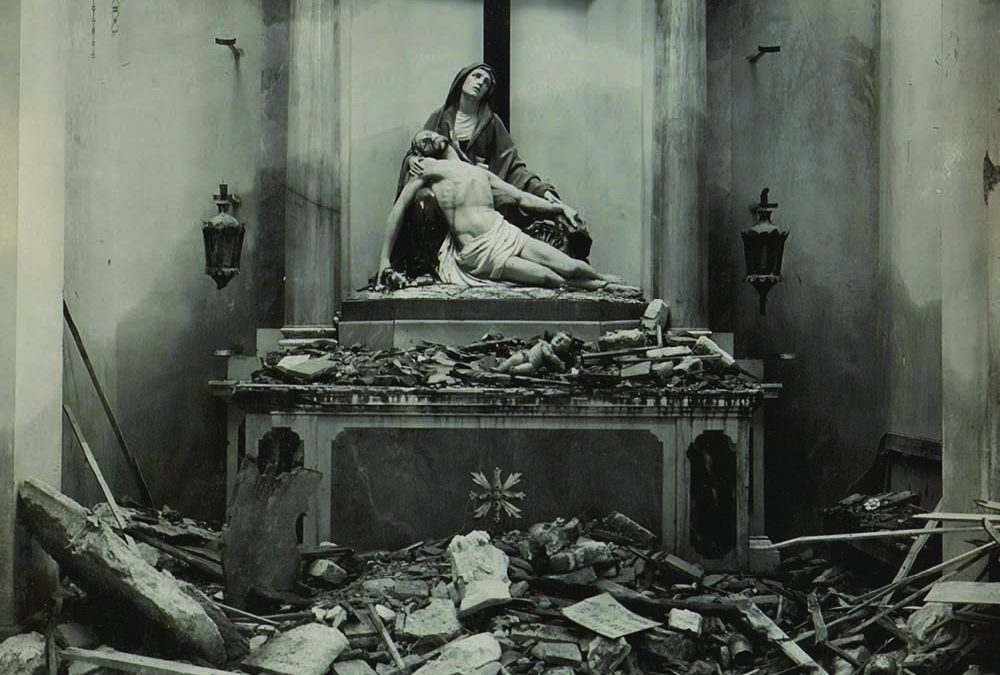 Because of the Coronavirus, many people around the world are experiencing a time of uncertainty and anxiety. It is important to learn how some people who experienced intense anxiety nevertheless experienced a wonderful peace at that time.

Wilhelm Busch was a preacher in Germany during the Second World War. One Sunday evening in 1944 the alarms sounded; bombers were approaching. But the warning was too late; they would not have made it to the bunker (an underground concrete shelter). Therefore everyone in the small apartment building headed for its cellar. They knew that the cellar would offer no protection should a large bomb hit the building. They had hardly reached the cellar when the whistling of falling bombs and explosions filled the air. A frightened woman from the top floor could be heard crying softly

Then Wilhelm said: “Let us sing a song” and he began: “Strong is the hand of my Jesus /And He will hold me forever;/He sacrificed too much for me;/to let go of me again.” The children could sing along because they knew the songs. They had learned a new song every week. While they sang the next song, the power failed and everything was in darkness. “When the sun hides itself, /The lions surrounding me roar,/I know, also in the darkness of the night, /that Jesus watches over me”. So they sang the songs, one after the other.

Eventually the bombing stopped and they left the cellar. Flames were everywhere. Outside a wounded man lay dead. Their home was chaotic but without great damage. They dusted everything and put the children to bed. When Wilhelm wanted to kiss their youngest child goodnight, she grabbed him around the neck and said from the bottom of her heart: “Dad, it was beautiful.” For a moment Wilhelm could not believe his ears. Was this hell they have just experienced stirringly beautiful? But he realized the child was right. It was beautiful when they sang the Jesus songs, although their shelter shook with the bombs exploding around them and they could die any moment. It was beautiful because an indescribable peace enveloped them, so that even the crying woman calmed down. Jesus affirmed his Word: And the peace of God, which transcends all understanding, will guard your hearts and your minds in Jesus Christ (Phil. 4:7).

Jesus paid for our sins on the cross. With his own body he broke down the wall that separated us from God. God made peace with us. Therefore, since we have been justified by faith, we have peace with God through our Lord Jesus Christ. Through him we have also obtained access by faith into this grace in which we stand (Rom. 5:1 – 2).

God, thank You that You can change our darkest moments into joy. Amen

The beautiful journey of today can only begin when we... END_OF_DOCUMENT_TOKEN_TO_BE_REPLACED

The grandmother of an eight year old girl gave her... END_OF_DOCUMENT_TOKEN_TO_BE_REPLACED