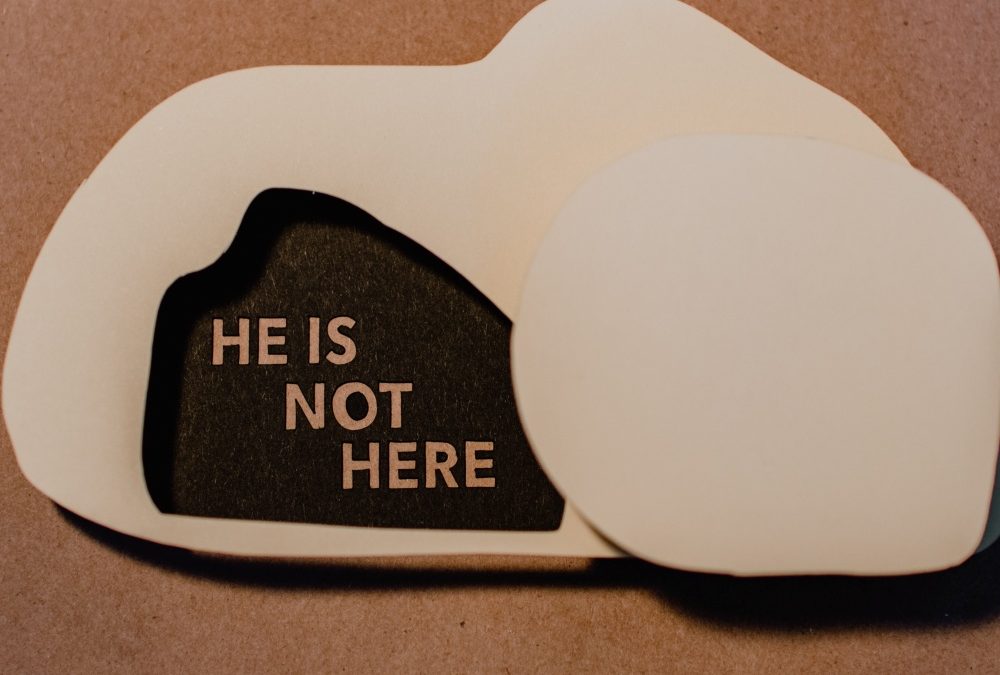 Eight-year-old Stephen was mentally handicapped and his condition was worsening. The teacher in Sunday school was becoming more and more concerned about how his classmates would treat him.

In April, the teacher asked all eight children in her class to hide within a container one small object that represented the new life in spring. The first had a tiny flower. What a lovely sign of new life!  Next came a rock. Billy said that his rock had moss on it and moss represented new life. The teacher agreed. A butterfly flew from the third container, and the child bragged that her choice was the best sign of all. The fourth container, that of Stephen, was empty. The teacher hesitated but said, “But it’s empty.” “That’s right”, said Stephen, “the tomb was empty, and that’s new life for everyone!”

Later that summer Stephen’s condition worsened and he died. At his funeral, mourners found eight containers on his coffin, but now all empty!

Stephen said: “The tomb was empty, and that’s new life for everyone!” Of course, he referred to the empty tomb of Christ. Jesus died on the cross, then He was buried in a tomb and the tomb was sealed. So they left and made the tomb secure by putting a seal on the stone and leaving the guard on watch (Matt. 27:66). That was on a Friday. That is why we celebrate “Good Friday”, because Jesus died for our sins so that our relationship with God can be restored. Our sins can no longer be a barrier between us and God. But this Good News (the Gospel) goes further. Two days later, the Sunday morning, female disciples of Jesus found an empty tomb: Jesus rose from death!  The angel spoke to the women. “You must not be afraid,” he said. “I know you are looking for Jesus, who was crucified.  He is not here; he has been raised, just as he said. Come here and see the place where he was lying.  Go quickly now, and tell his disciples, ‘He has been raised from death.”  So they left the tomb in a hurry, afraid and yet filled with joy, and ran to tell his disciples.  Suddenly Jesus met them and said, “Peace be with you.” They came up to him, took hold of his feet, and worshiped him  (Matt. 28:5-9).

Jesus is alive. Our Saviour triumphed over death! That happened so that each one of us can have a new life in Christ. The new life starts when you surrender your life to God and God makes you his own through the sacrifice of Jesus.

The empty tomb is the proof that Jesus is God and that he will be with us forever, even after our death when our life reaches its full glory.

Dear Father, thank you for an empty tomb, because that means that Jesus is alive. Thank you that He is with us in his spirit, each moment of our lives. Amen

We were in a mall. A woman whistled at her... END_OF_DOCUMENT_TOKEN_TO_BE_REPLACED

The beautiful journey of today can only begin when we... END_OF_DOCUMENT_TOKEN_TO_BE_REPLACED

The grandmother of an eight year old girl gave her... END_OF_DOCUMENT_TOKEN_TO_BE_REPLACED