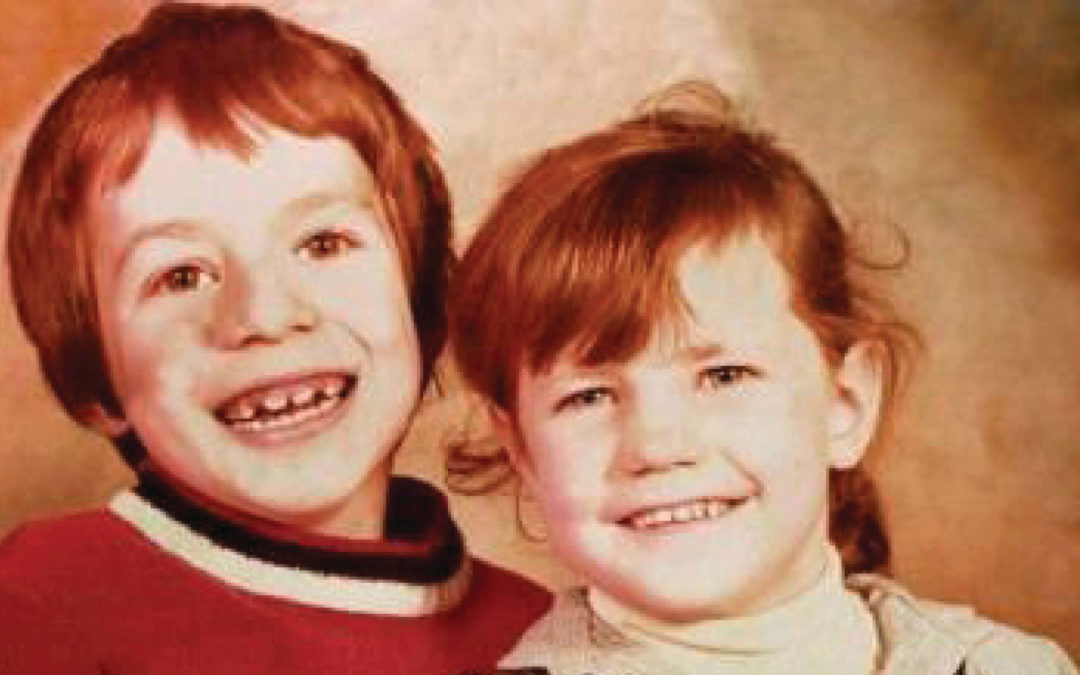 Verity writes (shortened): “On a sunny Saturday in 1981 Dad said: ‘Mum’s not coming back. From now on, it’s just the three of us.’ I was only six years old. Later that evening, as my brother, Tom, sobbed into his pillow (see photo of Tom and six year old Verity), I wondered why I couldn’t feel anything apart from anger at my mother for leaving us. She was always more conscious of not having a hair out of place than showering us with hugs and kisses. She left us and married another man. He was wealthy, but didn’t have children. Each night, after Dad had read us a bedtime story, my brother would ask: ‘When is Mum coming?’ It was two years before we heard anything from Mum. She arrived alone in an enormous car, expensively dressed and wearing lots of jewelry. She didn’t greet us with a kiss, just: ‘Hi kids! Jump in and put your seatbelts on.’ She behaved as if she’d never left. She then took us on a four-hour shopping trip, choosing outfits and never once asking us if we liked them. Afterwards, she dropped my brother and me at home and sped off without even hugging us goodbye.”

There are so many similar heart-rending stories about children abandoned by parents, married couples falling in love with others, parents in old-age homes yearning to see their children and grand-children. Sometimes the visits are few and far between, if ever.

Jesus hung on the cross for our sake. In his terrible suffering He called out: “My God, my God, why did you abandon me?” (Mark 15:34). Jesus felt the lashings, the pain when the crown of thorns was pressed onto his head, the nails through his hands and feet. Some of his disciples abandoned Him. But that which tore at his heart was his experience as human being of being abandoned by God. He could endure all, but that. Thus He paid for our sins by paying the highest price, namely of being abandoned by God. This had been foreshadowed by the custom of sacrifices thousands of years before the advent of Jesus: He (Aaron) shall put both of his hands on the goat’s head and confess over it all the evils, sins, and rebellions of the people of Israel, and so transfer them to the goat’s head. Then the goat is to be driven off into the desert by someone appointed to do it. The goat will carry all their sins away with him into some uninhabited land (Lev. 16:21 -22). The goat was left on its own in the desert. Jesus was made the scapegoat to bear our sins. He was left alone, abandoned by God.

Thank You Lord, that we can know that You will never abandon us.  Amen

Fill your mind with happiness, hope, feelings of security and... END_OF_DOCUMENT_TOKEN_TO_BE_REPLACED

God wants to do something big in your life. Don’t... END_OF_DOCUMENT_TOKEN_TO_BE_REPLACED

No matter what happens in life, be nice to people.... END_OF_DOCUMENT_TOKEN_TO_BE_REPLACED