Does everything revolve around you? 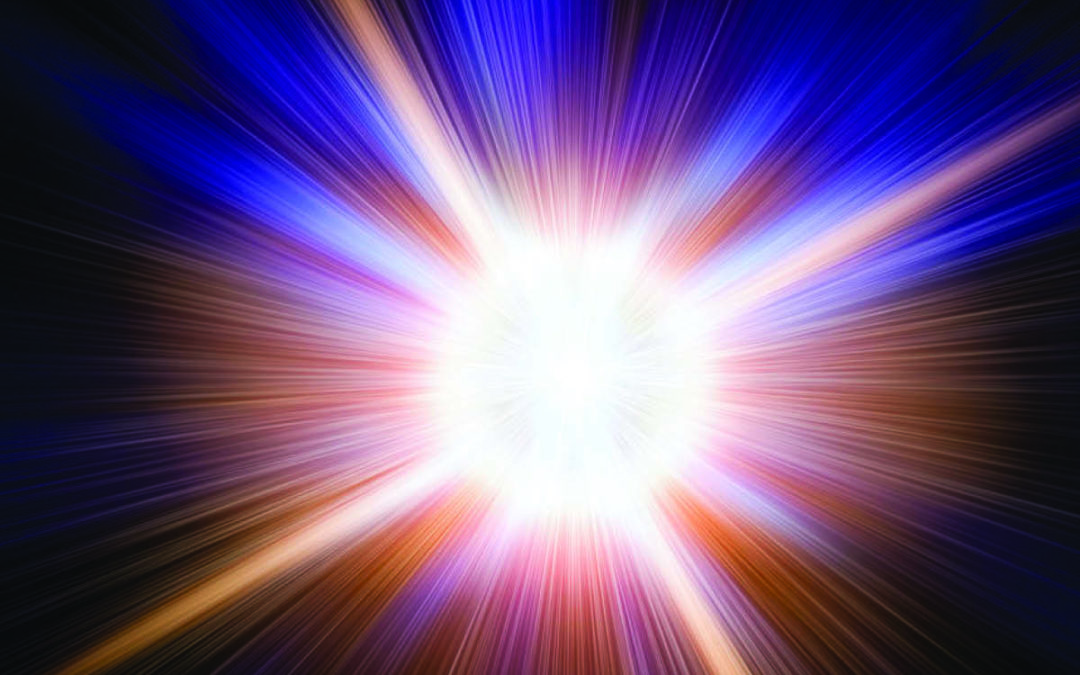 Sometimes people say that everything revolves around a person, for instance someone very important like a king or one that requires thorough care like a baby.

After intensive studies and research over many years, it is generally accepted by scientists that creation started about 14 000 million years ago. According to that there was a violent explosion, called the “Big Bang”. Gigantic clouds of gas formed, which gave birth to stars and other celestial bodies. Through the ages earth developed in such a way that it was eventually ideal for the origin and maintenance of life – the right temperature, air, water, etc., and of course the appropriate natural laws, all created by God. And God, according to Genesis 1, gave life to plants, then animals, and later man.

If we accept that there was a Big Bang, we can grasp something of this as follows: We can sow a seed which later sprouts a plant. This seed has already “inscribed” therein what the plant will look like, how tall it will grow, and what fruit it will bear, etc. If the scientists are correct, then God had similarly, in the beginning with the Big Bang already, created everything, because with the Big Bang it was already determined that the stars, earth and everything thereon would come into existence from that. In the beginning, God created the heavens and the earth (Gen. 1:1). With the Big Bang then it had already been inscribed that you will be here today, able to read this message. That takes some doing! Whatever we believe about creation, it’s mind-boggling. We worship an awesome God!

God spoke to people and they spoke to God. Because people then sinned, they hid from God. Then came the prophets who told about the coming of a Redeemer. Ages thereafter the greatest wonder occurred: God Himself came to his creation in visible form. In Jesus He took on the human form to live amongst us. The people could see Him, hear Him, and touch Him. He came to teach us about the Father. On the cross He paid for the sins of each one of us. In that way He destroyed the hostility between God and man. Man need not hide from God anymore.

If someone is converted, something happens in heaven: Jesus says: “In the same way, I tell you, the angels of God rejoice over one sinner who repents” (Luke 15:10). Every person is very important to God. He knows each one of us personally. The Lord told Jeremiah “Before I formed you in the womb I knew you” (Jer. 1:5). If the scientists are correct, we may well say: With the Big Bang 14 thousand million years ago, God had already known me, like He had then already envisaged every blade of grass. He could because He is God. Every believer can say: God loves me só much, and I am só important to Him that Jesus died on the cross for me, as if I’m the only person on earth. Of his children God says: The LORD will take delight in you … He will sing and be joyful over you (Zeph. 3:17). In his love God rejoices in each one of his children.

Some scientists say that it seems as if the entire development of the universe, from the Big Bang until now, was directed at man who would come! As believers we ought to say: Everything revolves around me: the entire creation, and the cross. God did it all for me out of his immeasurable love and wonderful grace!

But we must realise: God did everything. And therefore only He can be glorified thereby and through that. Everything is to his glory. Do you know what? – everything actually revolves around Hím!

Fill your mind with happiness, hope, feelings of security and... END_OF_DOCUMENT_TOKEN_TO_BE_REPLACED

God wants to do something big in your life. Don’t... END_OF_DOCUMENT_TOKEN_TO_BE_REPLACED

No matter what happens in life, be nice to people.... END_OF_DOCUMENT_TOKEN_TO_BE_REPLACED