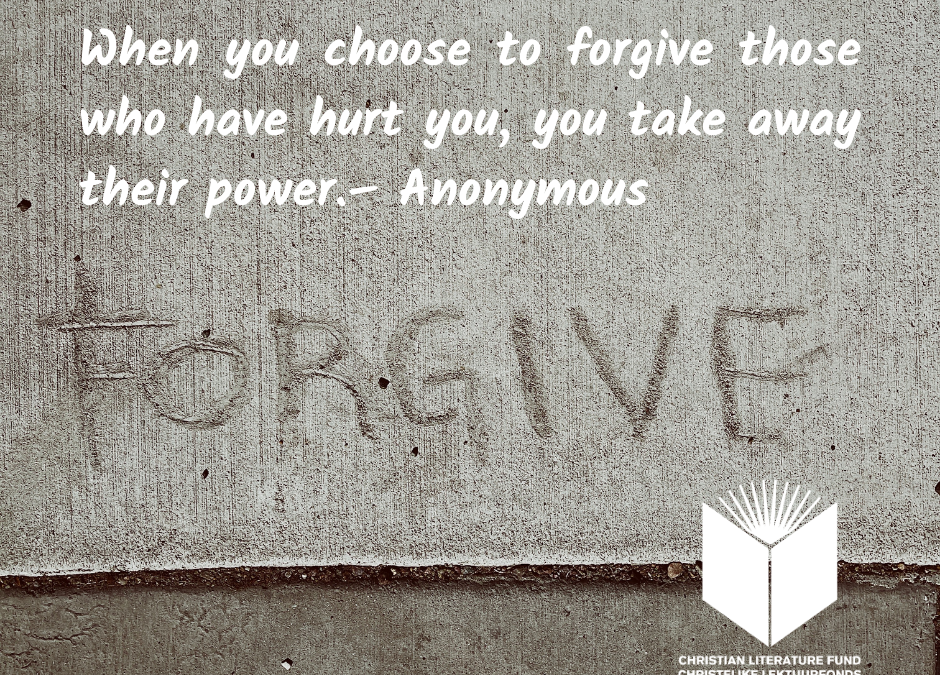 When you choose to forgive those who have hurt you, you take away their power. – Anonymous

Before Nelson Mandela left prison, he said, “As I stand before the door to my freedom, I realise that if I do not leave my pain, anger and bitterness behind me, I will still be in prison.”

Self-imprisonment is worse than that imposed. How many are in selfinflicted pain today for lack of forgiveness? How many of us have imprisoned ourselves inside the walls of anger and bitterness? Forgiveness does not make you weak and is not a head problem – it’s a heart problem.

Holding grudges does not make you strong, it makes you bitter. Forgiveness does not even make you weak, it rather sets you free. Choose to forgive, let go of the past, and God will forgive you. An un-forgiving attitude causes us to cling to the past, to relive it over and over again, picking at each fresh scab, so that the mental wound never heals.

You might think that apologizing and asking forgiveness is the same thing but, while they are directly related, they are actually different. Apologizing is admitting we’ve done something wrong; asking forgiveness is seeking to make it right. It’s not just saying we are sorry for what we’ve done, but actually being repentant and committed to making amends. To repent literally means to turn back or to make a 180-degree change. It includes sorrow and regret but it’s more than that. Where an apology is verbal, repentance is actually taking action. Forgiveness is not an occasional act; it is a permanent attitude. Don’t imprison yourself forever.

Matthew 6:15
Jesus said, “But if you do not forgive others their sins, your Father will not forgive your sins.”

It was the custom in the village where D.L. Moody ... END_OF_DOCUMENT_TOKEN_TO_BE_REPLACED

When it comes to life, I would much rather have... END_OF_DOCUMENT_TOKEN_TO_BE_REPLACED

First story: A young man was terminally ill. He had... END_OF_DOCUMENT_TOKEN_TO_BE_REPLACED