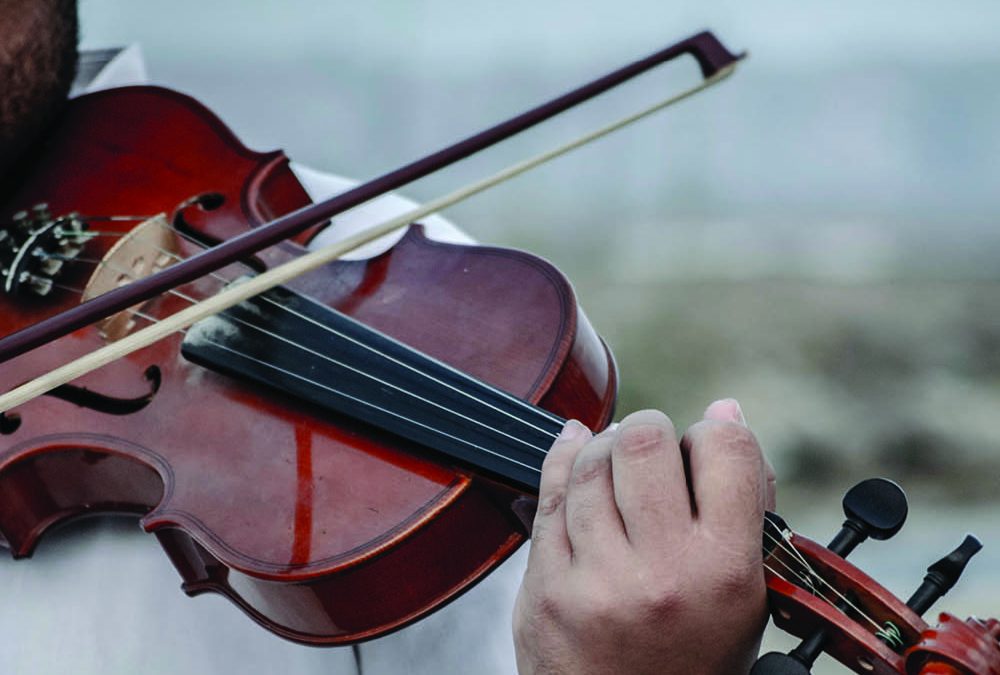 One morning in January 2007 a man at a metro station in Washington DC played for about 45 minutes on his violin. It was rush hour and thousands of people hastily passed through the station. Only seven people stopped to listen. A three year old boy stopped and looked amazed at the violinist but the mother pushed him forward. The child continued to walk, looking backwards all the time. The same happened with some other children. When he finished playing, no one even noticed it. No one applauded. He took a few coins from a hat and left. The violinist was Joshua Bell, one of the top musicians in the world. Only one person recognised him. He played one of the most intricate pieces ever written, on a violin worth 3.5 million dollars (today about R64 million). Two days before all the seats at a theatre in Boston were sold out for a performance of Bell. The seats averaged 100 dollars (today about R1850) each.

About 2000 years ago the biggest event ever took place. Jesus was nailed to a cross to pay for our sins and thus reconcile us to God: They crucified him, and the criminals, one on his right and one on his left. And Jesus said, “Father, forgive them, for they know not what they do.” … One of the criminals who were hanged railed at him, saying, “Are you not the Christ? Save yourself and us!” But the other rebuked him, saying, “Do you not fear God … this man has done nothing wrong.” And he said, “Jesus, remember me when you come into your kingdom.” And He said to him, “Truly, I say to you, today you will be with me in Paradise.” It was now about the sixth hour, and there was darkness over the whole land until the ninth hour, while the sun’s light failed. And the curtain of the temple was torn in two. Then Jesus, calling out with a loud voice, said, “Father, into your hands I commit my spirit!” And having said this he breathed his last (Luke 23:33 – 46).

In Jerusalem, a short distance from there, people carried on as usual, unaware of the event which would have the greatest influence on the history of man. Others passed by near the spot, without knowing that this event was about each one of them.

Perhaps we must stop, and like children be amazed again at the wonder of God’s grace. We don’t know what we miss if we hastily pass by the cross. Every year we commemorate the day on which Jesus died, and we call it “Good Friday”. It was indeed a good Friday, because on that day Jesus paid so completely for our sins as if we ourselves had hung on the cross, as if we had paid for our sins ourselves, and so that we would also be resurrected with Him. Since we have died with Christ, we believe that we will also live with him (Rom. 6:8).

Lord Jesus, help us not to pass by You without realising that You are the Son of God, our Saviour. Amen

It was the custom in the village where D.L. Moody ... END_OF_DOCUMENT_TOKEN_TO_BE_REPLACED

When it comes to life, I would much rather have... END_OF_DOCUMENT_TOKEN_TO_BE_REPLACED

First story: A young man was terminally ill. He had... END_OF_DOCUMENT_TOKEN_TO_BE_REPLACED