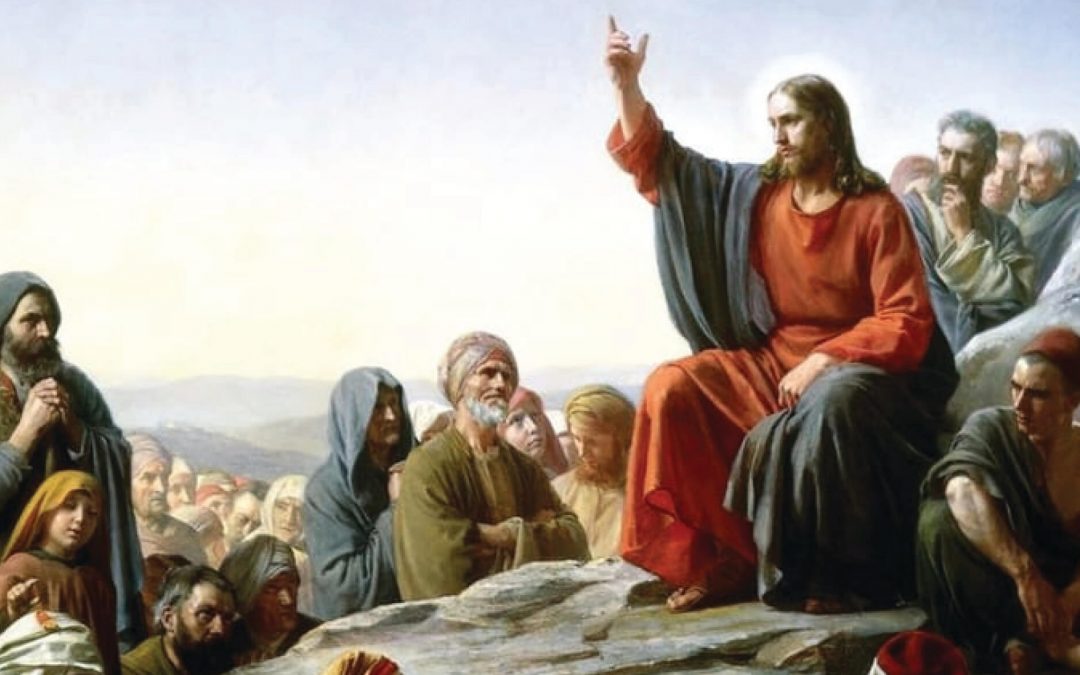 Wilhelm Bush was a pastor in Germany during the Second World War. In his youth group a young man, Fritz, accepted Jesus as his Saviour. Shortly thereafter Fritz left for war. One evening his group tried to persuade him to accompany them to venues where there would be ample liquor and girls, but Fritz refused. When they returned later drunk, they pinned him down to pour liquor down his throat. Fritz then said: “I cannot.” When they asked him why not, he said: “Because I belong to God.” A couple of days later the ringleader of the group came to Fritz and opened up his heart, and he wasn’t the only one to do so.

Each Beatitude in the Sermon on the Mount begins with the word “happy”. These don’t refer to conditions that will apply in future but are exclamations of the joy which the followers of Jesus already possess. “How happy are the poor in spirit … Happy the gentle … Happy those who mourn …” The fourth of the eight is: “Happy those who hunger and thirst for what is right: they shall be satisfied” (Matt. 5:3-11 Jerusalem Bible).

In the fourth Beatitude the words “who hunger and thirst” are descriptive of man’s most intense desire for just a piece of bread or a few drops of water when suffering from  the pangs of hunger and thirst. These words refer here to the yearning for righteousness; that is to do the will of God.  A love for God cannot be separated from a burning desire to do his will. Jesus says: “But seek first the kingdom of God and his righteousness, and all these things will be given to you as well” (Matt. 6:33) (all the things that we need). To live righteously implies a way of living in accordance with the will of God, in what we think, in what we do and in our decisions. It is to show mercy to people, to let justice prevail, to forgive and seek peace.

Believers who hunger and thirst for what is right shall be satisfied. If we strive to live increasingly in accordance with God’s will, He grants us unparalleled peace, joy and fulfilment. There are about a hundred texts in the New Testament which tell believers to be glad, joyful, and thus take pleasure in that which God grants us in his love: Jesus desires that his joy be in us: If you obey my commands, you will remain in my love,  … that my joy may be in you and that your joy may be complete (John 15:10, 11).  We were made for joy. Seek your happiness in the LORD, and he will give you your heart’s desire (Ps. 37:4).  When our desire for pleasure is outside of God’s will, it may lead to humiliation and self-destruction, and to (eternal) death. Just think about the grief which has already resulted from abuse of liquor, drugs, greed and immorality.

We don’t hunger and thirst for what is right to deserve something from God, but because Jesus already earned righteousness for us on the cross. Jesus was associated with sin so that we can be associated with the righteousness of God:  For our sake he (God) made him (Jesus) to be sin who knew no sin, so that in him we might become the righteousness of God (2 Cor. 5:21). Through the achievement of Christ we can now do God’s will. God himself gives us the ability to do it.

Our heavenly Father, let our greatest desire be to do what you require. Amen.

Dana Ewell had everything. He had a Mercedes and received... END_OF_DOCUMENT_TOKEN_TO_BE_REPLACED