He rides on a donkey 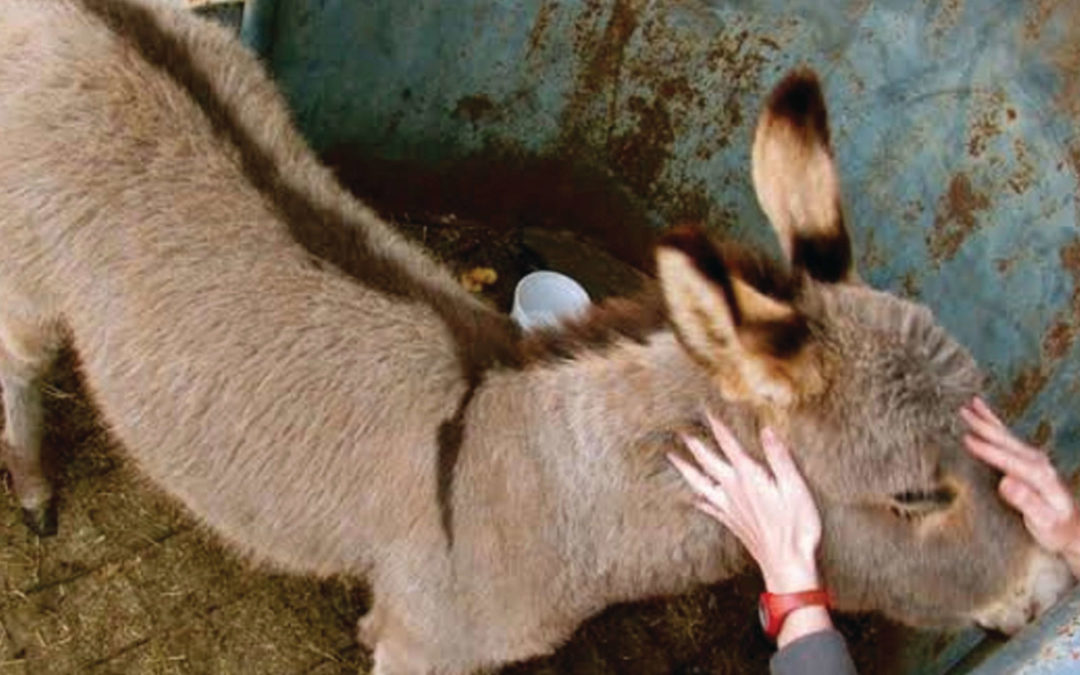 In Upington there is a monument erected in honour of the donkey, apparently the only one in the world (See photos on website). It is of a donkey, life-sized, harnessed to one end of a wooden beam. The other end is fastened to a bucket water pump which would pump water should the donkey have moved in a circle.

In the Bible there are many references to the donkey as pack- animal, even in the first book of the Bible. Early the next morning Abraham cut some wood for the sacrifice, loaded his donkey, and took Isaac and two servants with him. They started out for the place that God had told him about (Gen. 22:3). Surely it must have been the most difficult task someone had ever undertaken, because Abraham himself had to go and sacrifice Isaac, his son, as commanded by God. When God saw that Abraham wanted to obey Him even therein, God provided a ram to be sacrificed in place of Isaac.

God even had a donkey talk to a prophet. One morning Balaam saddled his donkey to go with the officials of Moab, against the will of God. The angel of the Lord went to stand in Balaam’s way. The donkey saw the angel of the Lord standing in the road with a sword in his hand, but Balaam didn’t see him. Three times the donkey avoided the angel, and three times Balaam beat the donkey. Then the LORD gave the donkey the power of speech, and it said to Balaam, “What have I done to you? Why have you beaten me these three times?” Balaam answered, “Because you have made a fool of me! If I had a sword, I would kill you.” The donkey replied, “Am I not the same donkey on which you have ridden all your life? Have I ever treated you like this before?” … Then the LORD let Balaam see the angel standing there with his sword; and Balaam threw himself face downward on the ground. The angel demanded, “Why have you beaten your donkey three times like this? I have come to bar your way, because you should not be making this journey (Num. 22:28 – 32).

When Jesus had to enter Jerusalem, He sent two of his disciples to fetch a donkey:with these instructions: “Go to the village there ahead of you; as you go in, you will find a colt tied up that has never been ridden. Untie it and bring it here. … They took the colt to Jesus. Then they threw their cloaks over the animal and helped Jesus get on. As he rode on, people spread their cloaks on the road. When he came near Jerusalem, at the place where the road went down the Mount of Olives, the large crowd of his disciples began to thank God and praise him in loud voices for all the great things that they had seen: “God bless the king who comes in the name of the Lord! Peace in heaven and glory to God!” (Luke 19:30 – 38). Kings of the Middle East rode donkeys that had never been ridden before. Jesus therefore rode as King to Jerusalem.

Not long after that Jesus was again in Jerusalem. This time not for glorification, but for the greatest humiliation. He was beaten. A crown of thorns was pressed onto his head. They ridiculed Him because He was called the king of the Jews. They didn’t understand what the prophet Zechariah had prophesied about Jesus, namely that He would be their king: Rejoice, rejoice, people of Zion! Shout for joy, you people of Jerusalem! Look, your king is coming to you! He comes .triumphant and victorious, but humble and riding on a donkey— on a colt, the foal of a donkey (Zech. 9:9).

Jesus, we thank You for being our King and Redeemer. Amen.

It was the custom in the village where D.L. Moody ... END_OF_DOCUMENT_TOKEN_TO_BE_REPLACED

When it comes to life, I would much rather have... END_OF_DOCUMENT_TOKEN_TO_BE_REPLACED

First story: A young man was terminally ill. He had... END_OF_DOCUMENT_TOKEN_TO_BE_REPLACED