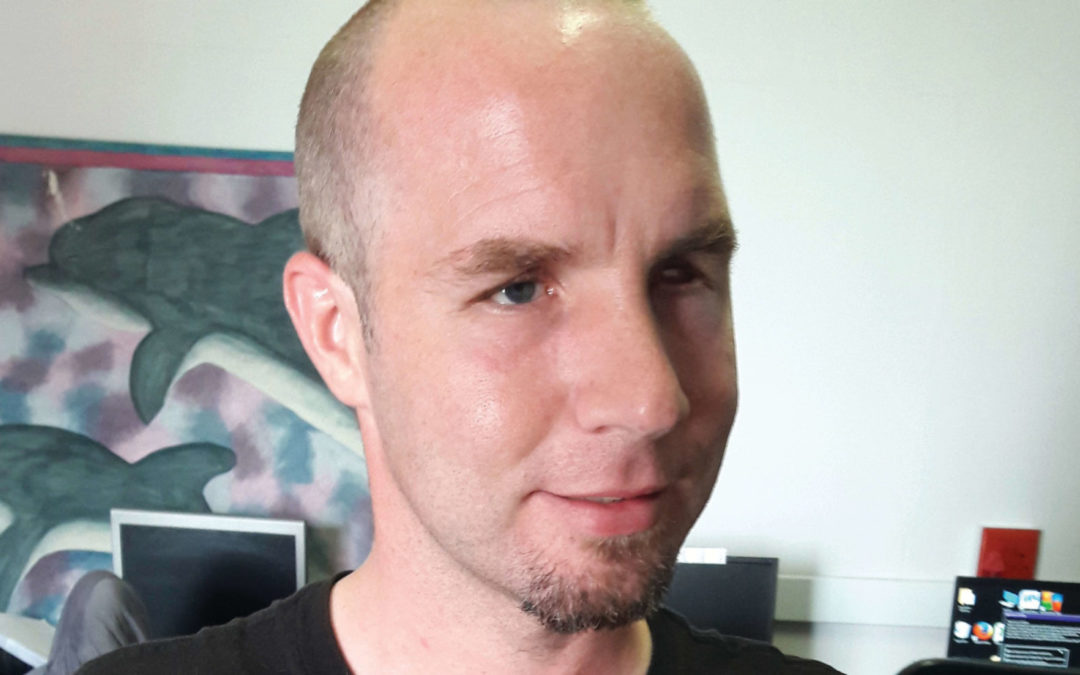 On 20 October 2011 I received the following email (translated): “Hi send to me every week please…Word plse. I am a deaf and blind person, read on a computer with a braille display, I am a child of God. Pleased to meet you… Regards Hennie Randall ” I then asked him whether he would write me something about himself. With his permission I give his reply (partially edited, shortened, and translated):

“I was born in Bloemfontein and was deaf from childhood. When I was five I bumped into a motor-car and my one eye became blind. At seven years we moved to Worcester so that I could be at the school for the deaf. When I was 10 years old I played with a friend and she accidentally hit me on my other eye. We then went to a doctor at Tygerberg Hospital in the Cape. He said I was starting to go blind, but that he will operate on me and that we would not need to pay. A week later I went for the operation, but we were shocked to hear that my doctor had died the previous week from a heart attack. Another doctor then worked on my eye, but I could never again see anything. I was then moved to the school for the blind.”

Hennie works daily in a mattress factory. Luckily, he learned braille when he still could see with his one eye. With the help of ms. Gerrie Buckley, Hennie got a laptop with a braille-function. On the photo Gerrie takes Hennie’s hand to “tell” him about it. With this laptop he reads SMS’s, and he can send and receive emails and work on his Facebook. He also reads books in braille. In addition, he plays chess with overseas’ opponents.

Hennie says further: “I was very sad and unhappy when I became totally blind. I miss being able to see everything in Worcester. I don’t want to be blind any longer. I can’t even watch television or see what other people look like. Non-handicapped people often think the deaf and blind ones are stupid. Some children joke and laugh when we bump into a wall or fall; others do not help when we struggle in the street. I’m looking for friends who care about me and can tell me what others talk about and about the news of the day.

“My friend, Jannie van Rooyen, works for Jesus in the hospitals. One morning he asked me: ‘Are you eager to accept Jesus?’ I said ‘yes’. He prayed and said afterwards: ‘Your sins are gone; Jesus took your sins away.’ Thereafter he held out a pack of cards with Bible verses thereon for me to draw one, which he then read to me. I do it every morning and my heart opened up so that I can understand what he teaches me: how Jesus’ body was severely torn, He was covered in blood and had to carry his cross up to Golgotha. He died on the cross to rid us of sin. He taught me many things and also how to understand the Word in the Bible. Jannie also teaches me about the Holy Spirit and that my spirit must also grow. I read the Bible, I became hungry for the Word. Jannie tells that Jesus said to his followers: ‘Feed my sheep.’ (John 21:17). It means we must give people spiritual food everyday for their spirit to grow. That is what I am hungry for and I am eager to eat all the Words so that I may understand everything.”

Jannie tells what Jesus had said in Matt. 4:19: “I will make you fishers of men.‘ It means we must catch other people (fishes) like Jannie had caught me as a fish, for Jesus. We must lead other people to Jesus otherwise they are lost. Jesus doesn’t want us to go astray. He wants us to come to Him. He paid dearly for us. So I am eager to catch other fishes on Facebook.”

Lord Jesus, thank you that Hennie, despite being deaf and blind, enjoys the good things in life, and leads others to Jesus. Amen

It was the custom in the village where D.L. Moody ... END_OF_DOCUMENT_TOKEN_TO_BE_REPLACED

When it comes to life, I would much rather have... END_OF_DOCUMENT_TOKEN_TO_BE_REPLACED

First story: A young man was terminally ill. He had... END_OF_DOCUMENT_TOKEN_TO_BE_REPLACED