It is well with my soul (with Afrikaans audio and video) 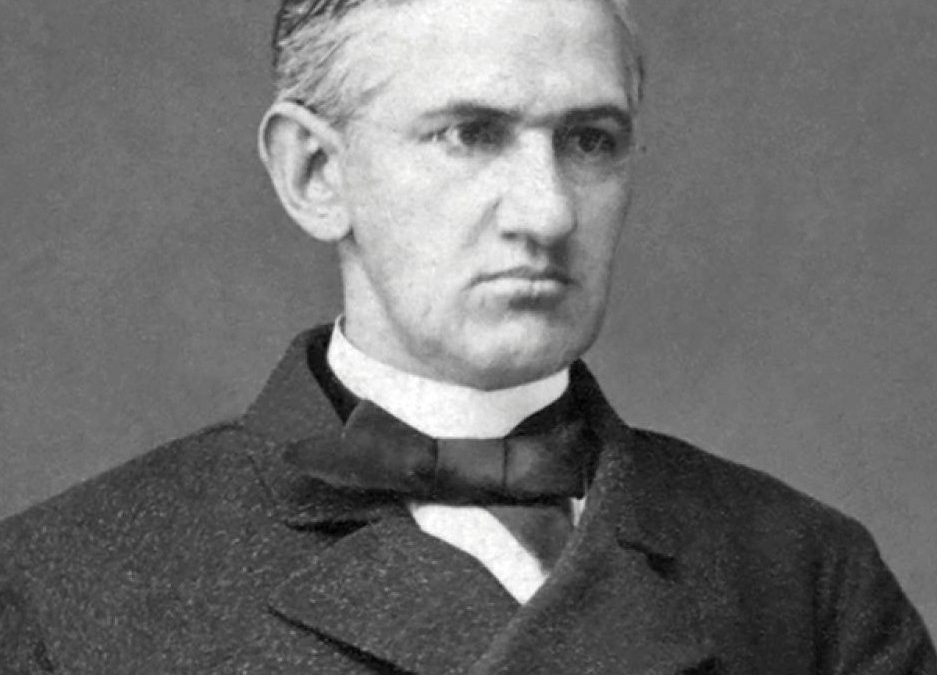 Horatio Spafford was a wealthy, successful businessman in Chicago with a beautiful wife, Anna, and five children. In 1871, however, their only son died of pneumonia. In the same year, Spafford lost many of his possessions in the great Chicago fire. On November 21, 1873, a French ship embarked on a journey from the USA to Europe with 313 passengers on board. Among the passengers were Anna and their four daughters. Spafford would join them a later in Europe. After a few days on the ocean, the ship collided with another vessel. Within 12 minutes, the ship disappeared under the dark waters of the Atlantic Ocean with 226 of the passengers, including the four Spafford children. Anna survived the disaster and she sailed with another ship to Wales, where she sent the following message to her husband: “Saved alone, what should I do?” Spafford departed on the next available ship to join his grieving wife. After four days on the ship, the captain called Spafford to his cabin and told him that they were sailing over the spot where his children had disappeared under the water. While on this journey, he wrote the song “It is well with my soul”, a song that is still sung worldwide. It reads as follows (abbreviated): “When peace, like a river, attendeth my way, when sorrows like sea billows roll: Whatever my lot, Thou hast taught me to know, it is well, it is well with my soul.  My sin, oh the bliss of this glorious thought! My sin, not in part but the whole, is nailed to His cross, and I bear it no more. Praise the Lord, praise the Lord, O my soul. And Lord, haste the day when my faith shall be sight, the clouds be rolled back as a scroll. The trump shall resound, and the Lord shall descend.  Even so, it is well with my soul.”

Anna gave birth to three more children, one of whom also died of the dreaded pneumonia at the age of four. In August 1881 the Spaffords moved to Jerusalem to help people in need.

It is amazing how believers who have experienced great sorrow, do not run away from God. Instead of a separation between them and God, the relationship becomes more intimate, the experience of his love more intense. In his song Spafford writes: And Lord, haste the day when my faith shall be sight. The clouds be rolled back as scroll. Paul writes: I consider that what we suffer at this present time cannot be compared at all with the glory that is going to be revealed to us (Rom. 8:18).

Spafford exclaims: It is well with my soul! These are the most important words that each of us should be able to say. It means that I may also say that my sin is nailed to His cross. Praise the Lord, praise the Lord, O my soul.

Thank you Lord that we can learn from people who, despite great sorrow, know that their sins have been forgiven, attached to the cross, and can say, “It is with my soul.” Amen.

Jesus told the following story: There was a certain rich... END_OF_DOCUMENT_TOKEN_TO_BE_REPLACED

It is worth remembering that the time of greatest gain... END_OF_DOCUMENT_TOKEN_TO_BE_REPLACED

From one of the people who had received these messages,... END_OF_DOCUMENT_TOKEN_TO_BE_REPLACED