Not any points to the enemy 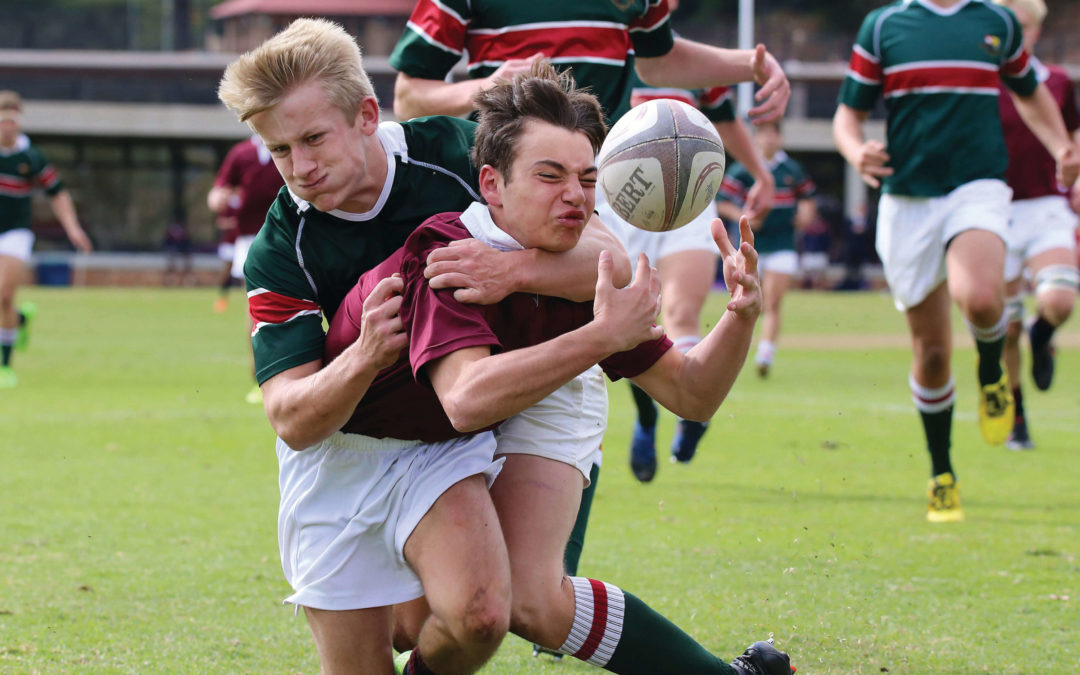 Have you ever watched a father alongside a rugby field whose son is one of the players? His gaze remains fixed upon his son, following his every move. When the son succeeds with a movement, he looks towards his father and sees the father’s approval and joy; thumbs up! This encourages the son to play even better. Later in the match the son makes a mistake which leads to points for the opposition. The son is upset and watches for the reaction of his father. The father smiles at his son and indicates to him: don’t worry, carry on and do better. And the son is happy and plays even harder.

Unfortunately not all fathers are like that, but such a father is our heavenly Father! He loves us unconditionally. He knows that we make mistakes, but that doesn’t change his love for us at all. It is unthinkable that God could love us today if we do right, but that He doesn’t love us anymore tomorrow should we sin.

To believe in God means essentially to trust in God. How can we give ourselves to God, trust in God, if we don’t know that He loves us? To say I believe in God means that I know that God loves me. God loves us so much that He allowed his Son to be humiliated and to suffer most appallingly on the cross for your sake and mine. And God showed his love for us by sending his only Son into the world, so that we might have life through him (1 John 4:9).

God not only loves us, He is fond of his children and delights in them. When Jesus was born an angel appeared to the shepherds. We then read: And suddenly there was with the angel a multitude of the heavenly host praising God and saying, “Glory to God in the highest, and on earth peace among those with whom he is pleased!” (Luke 2:13-14). God gives the wonderful assurance to his children: The LORD your God is with you; his power gives you victory. The LORD will take delight in you, and in his love he will give you new life. He will sing and be joyful over you (Zeph. 3:17).

Many people think that God keeps track of all their wrongdoings. They assume that they themselves must pay for their own wrongdoings. Although nobody can escape the earthly consequences of wrongdoings, the good news is that our debts to God have already been paid. Why do we find it so difficult to accept God’s forgiveness and grace? God loves his children and delights in them, not because of any good that we have done, but purely on the grounds of what Jesus had done – remember it!

None of our sins is greater than the grace of God. The knowledge that God loves us so much however makes us want to do what He wants, to want to live to his glory and to want to serve Him with greater eagerness, not with less. In the example of the rugby match the son won’t err on purpose for knowing that his father loves him and would forgive him. He wouldn’t on purpose give points to the opposition and thus disappoint his dad.

Children of God know that they have been saved by grace, through the blood of Jesus, and therefore they will lift their game and not willingly give any points to the Enemy.

Our heavenly Father, we thank You that You love us and that we have been cleansed by the blood of Jesus. We rejoice in your love and grace. Amen

It was the custom in the village where D.L. Moody ... END_OF_DOCUMENT_TOKEN_TO_BE_REPLACED

When it comes to life, I would much rather have... END_OF_DOCUMENT_TOKEN_TO_BE_REPLACED

First story: A young man was terminally ill. He had... END_OF_DOCUMENT_TOKEN_TO_BE_REPLACED