Rock of Ages with (Afrikaans audio and Youtube video) 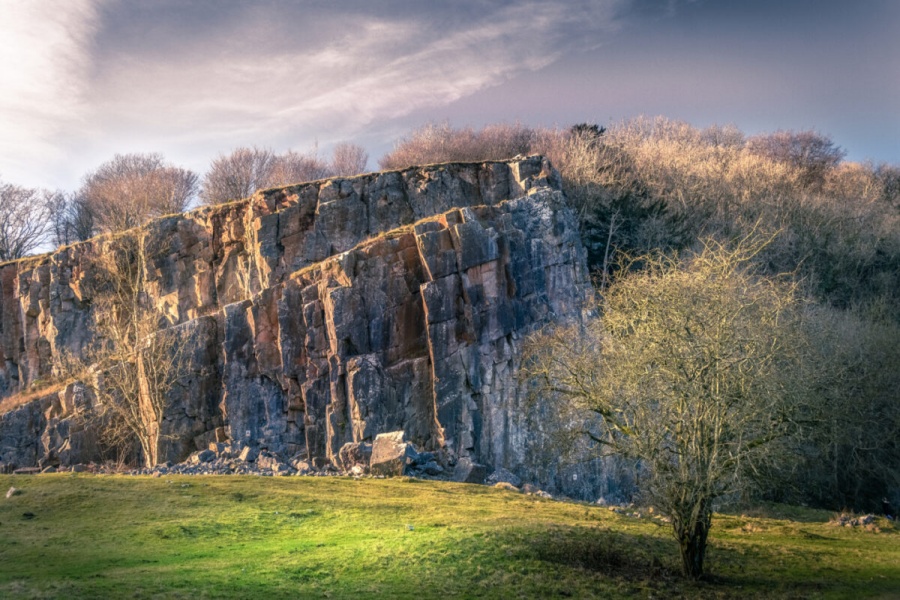 A house built on rock has a good foundation and is sure to withstand storms. In the Bible the word “rock”, representing a foundation or refuge (as in a cave), is often used symbolically to describe the constancy, reliability and stability of a person’s character.

Augustus Montague Toplady was a preacher. One day he was travelling in the Mendip Hills in England when he was caught in a storm. He was fortunate enough to find a hiding-place quickly in a cave in a big cliff. (See photo of this cliff). While waiting for the storm to pass he began to think about the rock of faith as a shelter from the storms of life. He then wrote the very popular Christian hymn “Rock of Ages” in 1763. Therein he sings about Jesus as the rock of ages.

Jesus said to a crowd of people: “So then, anyone who hears these words of mine and obeys them is like a wise man who built his house on rock. The rain poured down, the rivers flooded over, and the wind blew hard against that house. But it did not fall, because it was built on rock (Matt. 7:24 – 25). When the Lord had freed David from the power of his enemies, he said: The LORD is my rock, my fortress, my deliverer, my God, my stronghold in whom I take refuge, my shield, the glory of my salvation, and my high tower” (Ps. 18: 3).

God is steadfast in his presence: God Himself said: “I will never leave you; I will never abandon you” (Heb. 13:5). He is steadfast in his love. Paul says: For I am sure that neither death nor life, nor angels nor rulers, nor things present nor things to come, nor powers, nor height nor depth, nor anything else in all creation, will be able to separate us from the love of God in Christ Jesus our Lord (Rom. 8:38 – 39).

God is steadfast in his righteousness. We had to pay for our sins. But we are entirely incapable of that. Thank God that He Himself, in Jesus Christ, took our sins upon Himself and bore the penalty therefore on the cross. In his hymn Toplady writes: “Not the labour of my hands can fulfil Thy law’s demands; Could my zeal no respite know, Could my tears forever flow, All for sin could not atone; Thou must save, and Thou alone. Nothing in my hand I bring, Simply to Thy cross I cling.”

Lord, thank you that we may know that You are as steadfast as a rock for us. That we can trust You with our lives and take refuge in You. Amen.

Fill your mind with happiness, hope, feelings of security and... END_OF_DOCUMENT_TOKEN_TO_BE_REPLACED

God wants to do something big in your life. Don’t... END_OF_DOCUMENT_TOKEN_TO_BE_REPLACED

No matter what happens in life, be nice to people.... END_OF_DOCUMENT_TOKEN_TO_BE_REPLACED