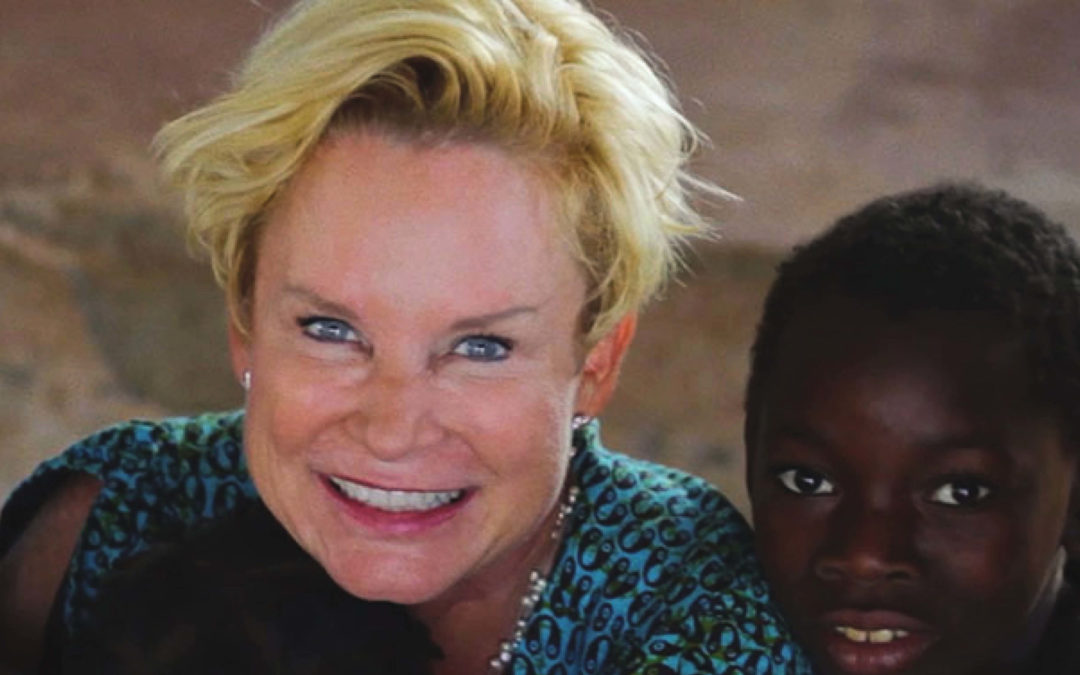 In her book “The liar’s Club” Mary Carr tells about a Texas uncle who remained married to his wife but had not spoken to her for forty years after a fight over how much money she spent on sugar. It sounds ridiculous but often we struggle to forgive people for what they had said or not said, had done something or failed to do it. Often it’s such trivial or petty things about which we make our lives and those of others a misery, sometimes for a very long time.

In 1995 Heidi Baker (see photo) and her husband, Rolland, started a ministry to the homeless children in Mozambique. Heidi tells about a girl, Helena, who suffered so much pain although she was only 10 years old. Helena lost one of her legs when their home burned down. Her grandmother was a witch-doctor and she told her two older brothers to go and stone Helena to death, because, she said: ‘She is of no use to us.’ They took her into the veld and threw stones at her head. They thought she was dead, but she wasn’t. Someone passed by, saw her, and took her to a place where her wounds were attended to.

After Helena’s wounds had healed, she had to look after herself. She had no choice, but to sell her body for a bread. Heidi heard about her and they took her into their home.   One day Heidi couldn’t believe what she had heard. Helena said: ‘Mamma, I want to go home.’ Heidi was very upset and said: ‘No, no! Under no circumstances. Not to such a family who wanted to kill you by throwing stones at your head.’ Helena then replied: ‘What do you mean? You say Jesus forgives. You said Jesus loves people. You said that love looks like something. How can I not go home and tell my family about Jesus? How can I not go home and tell them about love?’

Heidi says that a 10 year old girl had shown her what love is, what love and grace look like. Helena had experienced something of the love and forgiveness of Jesus. Jesus was nailed to a cross for us. Insults were flung at Him like stones. In effect it was said of Jesus: “He is of no use to us. He is just a burden, someone who makes life difficult for us.” But, thank God, Jesus is everything to us:  God showed his love for us by sending his only Son into the world, so that we might have life through him.  This is what love is: it is not that we have loved God, but that he loved us and sent his Son to be the means by which our sins are forgiven. Dear friends, if this is how God loved us, then we should love one another (1 John 4:9 -11).

If that what Jesus had done to grant us forgiveness, and thus to undo the separation between us and God, can we then really have difficulty to forgive someone for something minor as the purchase of sugar? Réálly? Perhaps we must learn from a ten year old girl from Mozambique. She knew what the love and grace of God look like. She understood what it means to forgive people.

Thank you Jesus, help us to understand what love and grace look like. Amen

Fill your mind with happiness, hope, feelings of security and... END_OF_DOCUMENT_TOKEN_TO_BE_REPLACED

God wants to do something big in your life. Don’t... END_OF_DOCUMENT_TOKEN_TO_BE_REPLACED

No matter what happens in life, be nice to people.... END_OF_DOCUMENT_TOKEN_TO_BE_REPLACED