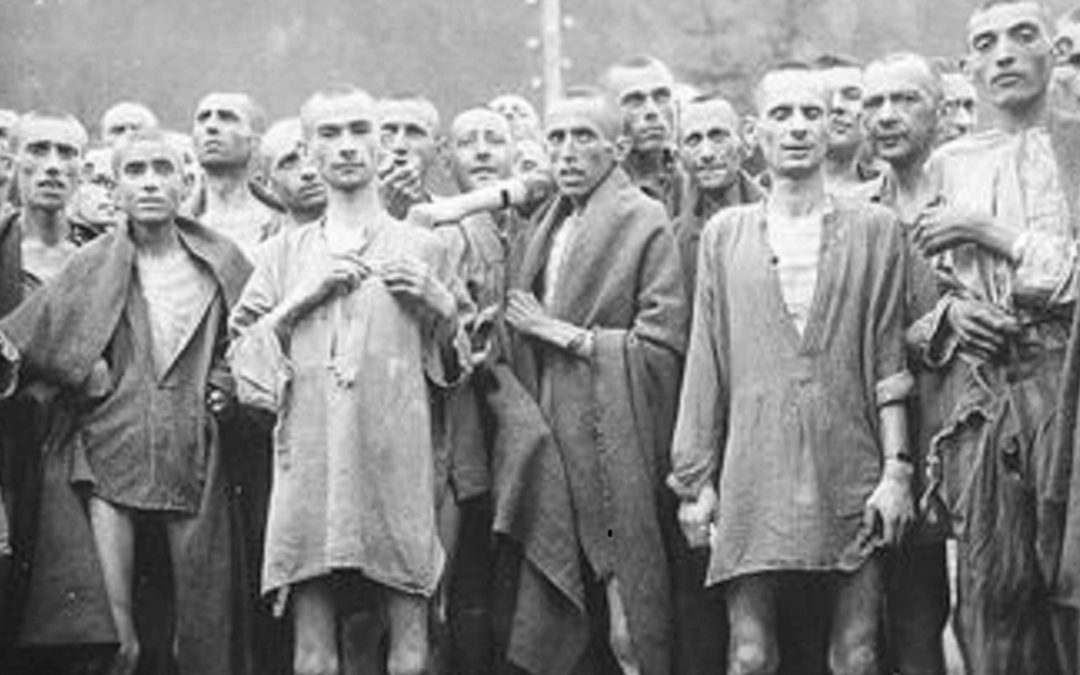 During World War II, Viktor Frankl, being a Jew, was sent to the concentration camp Auschwitz in Poland. On their arrival they had to walk past a senior officer, one by one. As each prisoner passed in front of him, he casually moved his index finger slightly, either to the left or to the right. The people for whom the finger moved to the right had to work from early till late with little bread and watery soup under strict supervision and were hit for the smallest “transgression”. The ragged clothes (see photo taken in Auschwitz) hardly helped against the freezing cold of Poland. But they were the fortunate ones! Those for whom the finger moved to the left were sent directly to the “baths” where they all, old and young, men and women, had to unclothe completely. Taps with poisonous gas were then opened. Thereafter the bodies were cremated in ovens – the fate of about nine in every ten prisoners there.

Jesus said that all people will one day be divided into two groups, one group also to the left and the other to the right. This separation will, unlike the one at Auschwitz, be just. What Jesus had said is even more alarming than what happened in Auschwitz, Matt. 25:31-46: “He will separate the people, one from another as a shepherd separates the sheep from the goat … Then the King will say to those on his right (those who submitted to his will) ‘Come you who are blessed by my Father. Come and possess the kingdom which has been prepared for you’ … Then He will say to those on his left (those who refused to submit to his will) ‘Depart from me, you who are cursed, into the eternal fire prepared for the devil and his angels’ … Then they will go away to eternal punishment, but the righteous to eternal life.

People realise, even though only intuitively, that everyone will have to appear before God one day. Many people don’t know whether they will end up with those on the left or with those on the right. They try to live good lives and hope for the best. As with the people in Auschwitz, they wait to see what their fate will be.

But the Bible teaches us differently. It teaches that we can now already know whether our case with God is in order. Jesus says in John 10:27-29: For God loved the world so much that he gave his only Son, so that everyone who believes in him may not die but have eternal life. See also Gal. 3:26: You are all sons of God through faith in Christ Jesus.

Jesus is like a good shepherd who sacrificed his life for his sheep, John 10:27: My sheep listen to my voice; I know them, and they follow me. They who follow Jesus need not dread the day of judgement.

Heavenly Father, thank you that I no longer need to fear your judgement, because You have made me your child eternally through Jesus Christ. Amen

It was the custom in the village where D.L. Moody ... END_OF_DOCUMENT_TOKEN_TO_BE_REPLACED

When it comes to life, I would much rather have... END_OF_DOCUMENT_TOKEN_TO_BE_REPLACED

First story: A young man was terminally ill. He had... END_OF_DOCUMENT_TOKEN_TO_BE_REPLACED