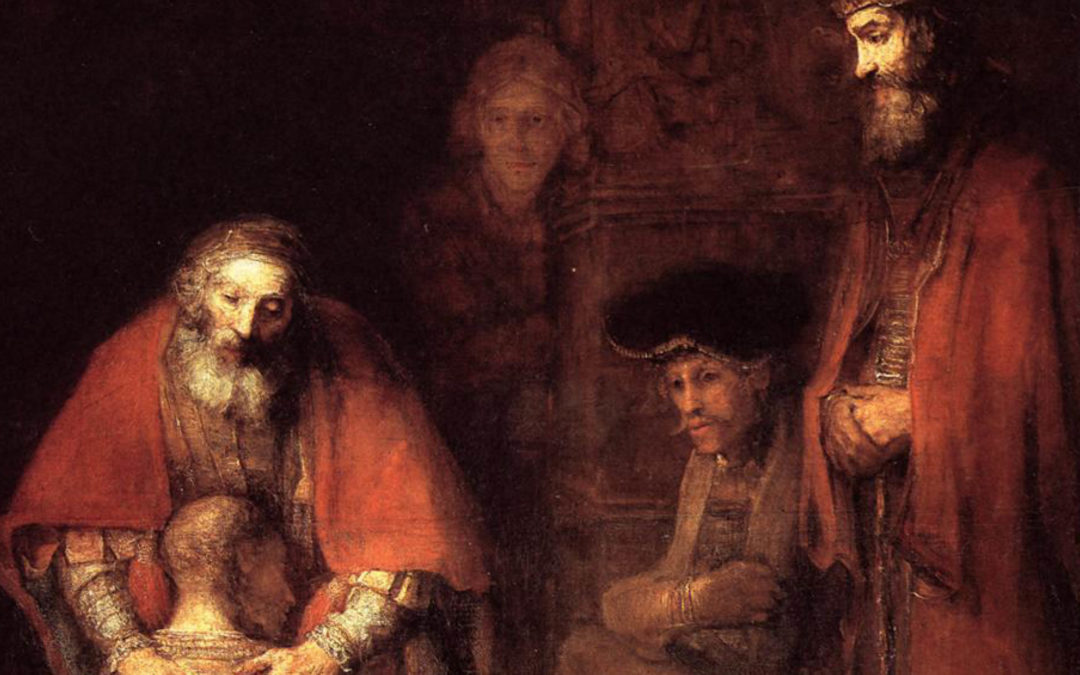 Sawat went to Bangkok to escape the dullness of village life. He found excitement and while he prospered, he was popular. Sawat ventured into Bangkok’s world of prostitution. Soon he was selling opium. But then he was robbed, and while trying to climb back to the top, he was arrested. He finally ended up living in a shack by the city trash pile. He thought about his family, especially his father, a simple Christian man from a small southern village near the Malaysian border. He remembered his dad’s parting words: “I am waiting for you.” He wondered whether his father would still be waiting for him after all that he had done. Finally, he devised a plan. “Dear Father,” he wrote, “I want to come home, but I don’t know if you will receive me after all I have done. I have sinned greatly. Please forgive me. On Saturday night I will be on the train which goes through our village. If you are still waiting for me, will you tie a piece of cloth on the tree in front of our house?” As the train neared the village he was filled with anxiety. But when they entered the little station Sawat could hardly believe his eyes. The whole tree was covered with pieces of white cloth. In the front yard his old father jumped up and down, joyously waving a piece of white cloth! His father ran beside the train and when it stopped he threw his arms around his son, embracing him with tears of joy. “I’ve been waiting for you!” he exclaimed. (From Floyd McClung – The Father Heart of God). How delightful is the joy when people forgive one another.

About 2000 years ago Jesus told a similar story of a waiting father. He did it to explain how our heavenly Father is. In Luke 15:11-32 He tells of a son who demanded his share of the family estate. He then wasted his money in reckless living. Later he had to look after pigs. And he was very hungry. Then he decided to go to his father, although he didn’t know what to expect. But his dad surprised him: v. 20 He was still a long way from home when his father saw him; his heart was filled with pity, and he ran, threw his arms around his son, and kissed him. The father then organised a feast. He said (v. 24) “For this son of mine was dead, but now he is alive; he was lost, but now he has been found.” (See photo of the painting of Rembrandt: The return of the prodigal son).

In his love the father in this story let his son go. It was the son’s choice and his father didn’t force him to stay. In the same way God grants us the freedom to choose because He wants to have a relationship with us and not an enforced obedience. God wants to be a Father for us that cares for us, on whom we can depend. Jesus wants to be our Friend, our good Shepherd, our older Brother. The Holy Spirit wants to reside in us, lead and comfort us. But God leaves the choice to us whether we want to have such a relationship with Him. And if we choose to go our own way, our Father’s eyes remain on the horizon. He waits for us. For his steadfast love endures forever! (1 Chron. 16:34). That is how our heavenly Father is. He is the God of grace and forgiveness.

People can say to one another: Listen, you must go Home. Your Father is waiting for you with a feast. It is an invitation, not an order; the choice is yours. Don’t take too long to accept the invitation.

Our heavenly Father, thank you that You wait for each one of us with love, grace and forgiveness. Thank you for what Jesus Christ has done for us. Amen

Free email messages monthly from gertberning@gmail.com and WhatsApp. Also weekly from the App  of the CLF.  Visit https://sites.google.com/site/eposbediening/

Pompeii was a flourishing city in the south of Italy... END_OF_DOCUMENT_TOKEN_TO_BE_REPLACED

Jesus spoke to a teacher of the Law about the... END_OF_DOCUMENT_TOKEN_TO_BE_REPLACED

One morning in January 2007 a man at a metro... END_OF_DOCUMENT_TOKEN_TO_BE_REPLACED