What shall we say when we die? (with Afrikaans audio and video) 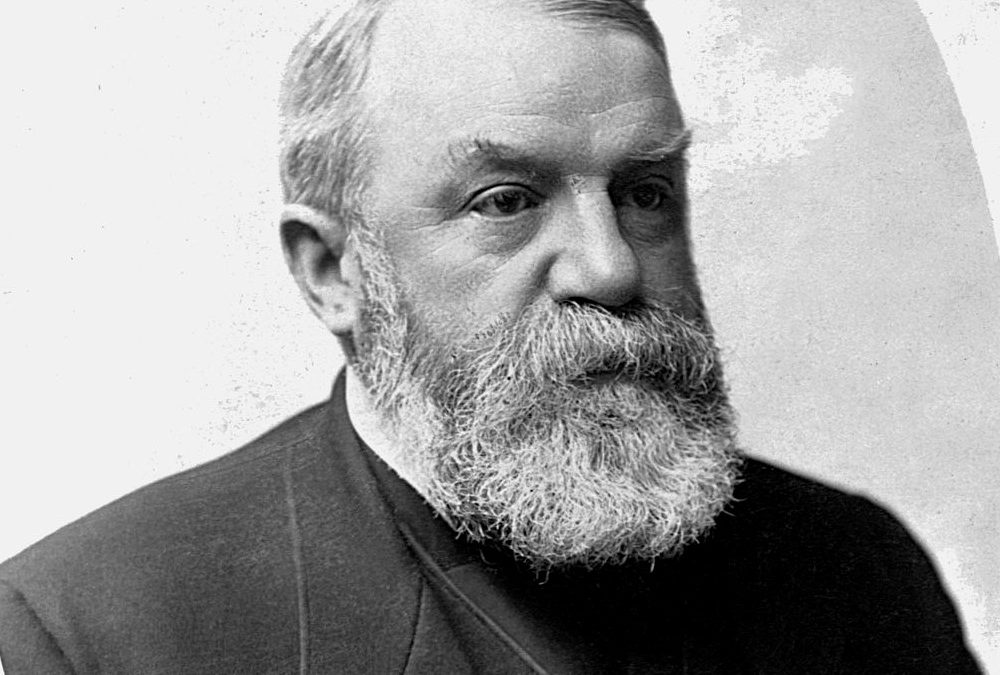 It was the custom in the village where D.L. Moody  lived that when a church member died, the church bell would toll the number of years the person had lived. It would toll, for example, 70 times if the person died at 70. Sometimes the number of times it rang would be Moody’s own age. This used to terrify him. One day his Sunday school teacher, Edward Kimball, paid Moody a special visit and explained the gospel to him. Soon after he accepted Christ as his Saviour, he would say with confidence, “Since Jesus is mine and I am His, when I pass away from this world, I can say like Paul: “Where, O death, is your victory? Where, O death, is your sting?” (1 Cor. 15:55). He had a passion for saving souls and was determined to tell someone about the gospel every day. Awakening from sleep just before he died, he said: “Heaven opens before me. If this is death, it is sweet! There is no valley here. God is calling me, and I must go. I have been within the gates. I have seen the children’s faces.” He referred to his young grandchildren whom God had taken home earlier.

Some people say just the opposite in that moment before they die. It is told that Professor J.H. Huxley, the famous agnostic, suddenly looked up as he lay dying and, staring awhile, whispered, “So it is true.” Sir Francis Newport, head of the English Infidel Club, said “Do not tell me there is no God for I know there is one, and that I am in his angry presence! You need not tell me there is no hell, for I already feel my soul slipping into its fires! Wretches, cease your idle talk about there being hope for me! I know that I am lost forever.” There are many examples of people who, like Moody, died with joy but also those who died in fear and without hope.

When Stephen confronted the Jewish Council about their backsliding, they became very angry. As the members of the Council listened to Stephen, they became furious and ground their teeth at him in anger. But Stephen, full of the Holy Spirit, looked up to heaven and saw God’s glory and Jesus standing at the right side of God. “Look!” he said. “I see heaven opened and the Son of Man standing at the right side of God!” (Acts 7:53 – 59).

Paul writes that we shall be acquitted, we … who believe in him (God) who raised Jesus our Lord from death. Because of our sins he was given over to die, and he was raised to life in order to put us right with God. Now that we have been put right with God through faith, we have peace with God through our Lord Jesus Christ (Rom. 4:24 – 5:1). We must think about our day of death. What shall we say then: “Heaven opens before me” or “I know that I am lost forever”?

Lord Jesus, thank you that You bore my sins on the cross and that I can die in peace. Amen.

When it comes to life, I would much rather have... END_OF_DOCUMENT_TOKEN_TO_BE_REPLACED

First story: A young man was terminally ill. He had... END_OF_DOCUMENT_TOKEN_TO_BE_REPLACED

Do what you do so well that they will want... END_OF_DOCUMENT_TOKEN_TO_BE_REPLACED